So yeah, urrm short post here. Back to my parent's house... no EVE until 9th January :( Oh well, time to perfect von's gunnery skills.
Hopefully, come January I'll still have a corp to come back to... should do. I think.
Ah well, come what may there's always Ishkurs.
o/
Posted by von Diel at 18:19 No comments:

Ok, so its an idea I've been toying with since my first few above class kills and 1vs2's etc: a video showcasing the fun I have playing EVE. Recently, fellow Renegade Lex Fasces released a video of his solo work in and around Amamake (insert link here when I'm slightly more awake and thus able to locate it), and that triggered me to go and try to make something of my own :D
The first opportunity I came across for footage came when a request came out for backup to tackle a nighthawk and myrm belonging to an industrial corp, who were trying to move into our home system. What followed was arguably me flying tackle at some of my best: eliminating drones and holding the targets down as Renegades warped out and then back in again. Myrm went down, followed closely by the Nighthawk. However, in my haste to keep the enemy pinned down I'd forgotten to turn fraps on... yeah.
Filming continued as badly, on a solo roam around the Molden Heath circuit, two hulks appeared on d-scan towards a belt. "Brilliant! This will make an excellent intro!" I thought as I burnt 20km into point range of the first Hulk and began to tear him to pieces. Rather hilariously, both pilots launched mining drones in a futile attempt to drive my ishkur away. No too long after, the first hulk made a satisfying explosion (to many curses over teamspeak from my fellow Renegades at my sudden luck).
However, you may note that I posted two kill mails and therefore killed two hulks. You may therefore be wondering how I caught the 2nd hulk: was it a daring string of bumps? Maybe cloak and dagger work with a covert ops scout? Nope. He just didn't warp out.
Naturally, I forgot to turn FRAPS on to record.
So yeah, hopefully I'll find some nice fights/ransoms to record and produce for your amusement. The title for my video is provisionally taken from the corp motto (which hey, came from my sarcastic comments on vent when hero-tackling).
Watch this space for "This Can Only End well!"
o/
Posted by von Diel at 19:00 No comments: 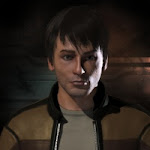